Fire ants are on the march….

The fire ant is still on the march in Queensland despite an expensive 12-year eradication program.

Fire ants are a super-pest that will wreak havoc on Australia’s economy, environment and lifestyle. People die of fire ant stings in the United States every year. People in south-east Queensland have been hospitalised with fire ant stings: one nearly died. Fire ants can build nests almost anywhere, but they particularly like the disturbed soil in gardens, parks and playing fields, farmlands and building sites. They will put an end to a relaxed outdoor lifestyle and they will add significant costs to developers, farmers and other industries.

Fire ants were discovered in two separate sites in Brisbane in February 2001: some nests were huge:  meaning they had been there for years.  Fire ant experts from the USA described south-east Queensland was ‘fire ant heaven’ and they said that fire ants are capable of infesting must of Australia; especially the coastal areas and the tropical north.   No country that has been invaded by fire ants has ever eradicated them. Fire ants are likely to be one of the worst invasive pests that Australia has ever experienced. 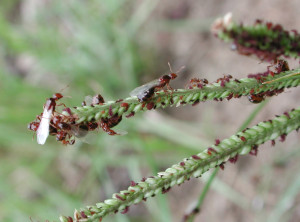 In 2001, the Queensland government, funded by the Commonwealth and other State and Territory governments mounted the National Red Imported Fire Ant Eradication Program with the intention of eradicating fire ants by 2006.  By 2015, after spending $400m of public money on thousands of tonnes of bait and hundreds of staff to fight fire ants, fire ants now infest an area more than ten times what is was in 2001: an area of 400,000ha that spreads from Redlands on Moreton Bay, through Brisbane, Ipswich, Logan and is now spreading into the Gold Coast and the Lockyer Valley.

In the face of this damning evidence the Queensland Government continues to claim that it is eradicating fire ants while four independent scientific reviews between 2002 and 2010 and other program reports do not support this claim. 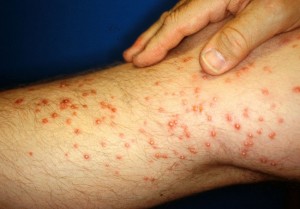 Public support in fighting fire ants is critical. Residents and business operators inspecting their own properties have detected a significant proportion of the infestation.  The danger is that the public will be lulled into a false sense of security and not remain vigilant by Queensland government claims that it is winning the fight against fire ants.

To remain vigilant, I believe that the Australian public needs to know the true state of the fire ant infestation and truth about the Queensland government’s failed National Fire Ant Eradicating Program; ie the story of the “Fire Ant Fiasco”